The Story of Joseph Unveiling the Text 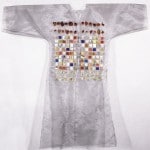 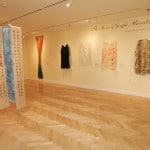 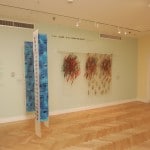 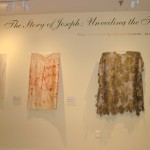 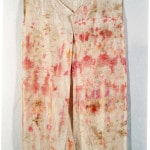 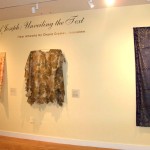 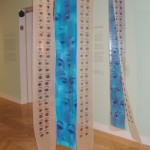 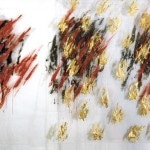 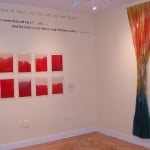 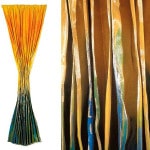 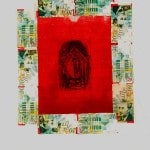 My interest in the story of Joseph began for two reasons. After a hip injury in 1998 I turned to Jacob’s struggle with the angel, Genesis 32:24-32, in a cathartic process of making art out of Jacob’s trauma. These works were exhibited in 1999 in “The Hollow of His Thigh” at Beit Midrash Elul’s gallery, The Small Room.  Joseph’s story parallels that of his father’s. They were both dreamers and younger sons hated by elder brothers. They were both spoiled children who had to suffer many years of servitude. They both grow through struggle and diversity.

The centrality of fabric and clothing in the story of Joseph was the second reason I was drawn to it. The wonderful coat of many colors is not the only cloth in the story. Clothing plays a part in every stage of Joseph’s life: as favored son, prisoner, servant, and visor of Egypt he wears clothes of different textures.

There are references to other characters and textiles in the narrative. Tamar, Yehudah’s daughter-in-law, whose story interrupts Joseph’s narrative, removes “the garments of her widowhood from her, and covered herself with a veil and wrapped herself”, Genesis 38:14. Joseph’s story contains the first Biblical mention of the ritual of tearing one’s clothes in mourning. Reuven, Joseph’s eldest brother, and then Jacob rend their clothing when they fear that Joseph is dead.

The symbolism of the tunic, the coat of many colors, “ketonet passim” is intriguing. I found there were other Biblical references to “ketonet”: G-d made “ketonot or” for Adam and Eve; the high priest wore a “ketonet tashbetz”; in Samuel II it is told that the king’s virgin daughters wore “ketonet passim” and that Tamar, King David’s daughter rent her ketonet passim after being raped by her half-brother, Amnon.

The role that cloth plays throughout Joseph’s story made it the appropriate medium to explore the layers of Joseph’s personality, to make tangible the trauma he is wrapped in, to unveil his story.