The Hollow of His Thigh 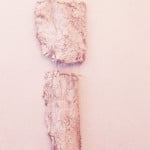 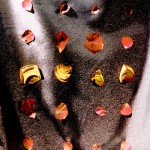 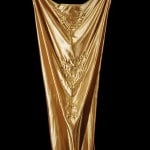 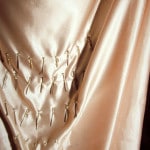 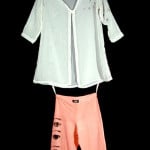 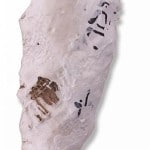 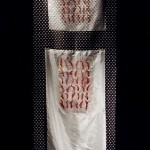 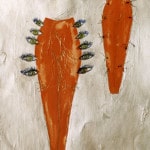 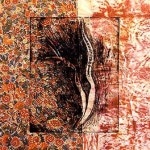 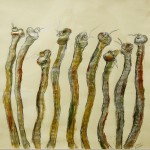 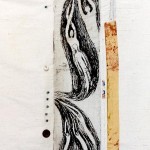 The exhibit deals with Jacob’s struggle with the angel as told in Genesis: 32:24-32, in a series of mixed media works. In this story Jacob, who is on his way to meet his brother Esau after twenty years in exile, remains alone after helping his family and servants cross the Yabok River. He meets the angel in a mythical struggle between man and the devine.

“And Jacob was left alone;

and there wrestled a man with him

until the breaking of the day.

And when he saw that he prevailed not against him,

he touched the hollow of his thigh;

And the hollow of Jacob’s thigh was strained,

as he wrestled with him.”

the dark side of his life, his fear, his vulnerability, his weakness.

Jacob’s mythical struggle with this figure is a confrontation

between man and his own reflection.”

The Hollow of His Thigh

Out of Jacob’s wrestling the angel, Jacob, the crooked, the deceptive, the subordinate, emerges as Israel, erect and powerful. “And the rugged shall be made level.”(Is. 40,4)  Yet because of this struggle, he remains scarred. The injury he suffered on the way to claiming his new name and his new sense of being will not be erased.  He was inflicted in the hollow of his thigh. In order to become erect, vertical, (In Hebrew the root of the word, anochi, “I”, is in the word, “vertical”), he must first be injured. He remains lame.  Even when he becomes erect, he is branded with a sign. The affliction is a seal, a covenant that will be part of him forever.

Rashi, the commentator on the Bible, says that in the word “struggle” (ma-avak) are found both the roots of the words “dust” (avak) and the word “steadfastness” (devakut). Chana Cromer’s works are embroidered from the thread that holds both the flying dust and stubborn steadfastness.